skip to main | skip to sidebar

For those who say maths only simulates what the universe is.

An arbitrary and abstract equality but simple, balanced - almost poetic.

For me it says maths isn’t a self-fulfilling abstraction of the real world but has its own validity.

Three basic mathematical operations: addition, multiplication and exponentiation
Two transcendental/irrational numbers: pi and e
THE natural number and multiplicative identity: 1
The additive identity: 0
And the imaginary number: i (or j)

pi derived from the trigonometric proportions of circles 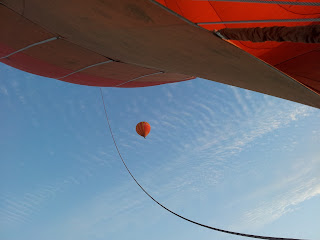 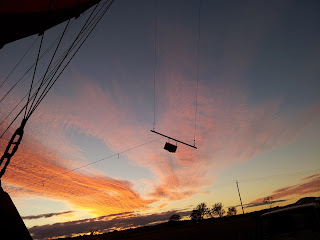 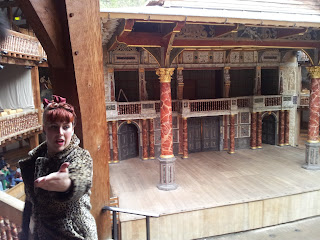 The stage of the Globe Theatre with our guide soliloquising in the foreground. The theatre was constructed as close a replica of the original as possible given the lack of historical data. For instance we have no idea if the decoration of the stage is even close...

Not much too say.

This very cool Citroen H van was part of the international food fair on London's Southbank the night we skated at Somerset House. 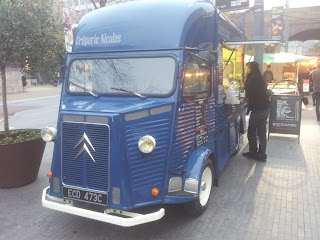 Just a quick post to keep my blog alive.

Below is part of Tower Bridge bascule system; steam engines that raise weights that in turn pressurise the hydraulics to raise the two spans. Awesome logic - the spans are not raised often so this buffered system's delay is inconsequential and can use smaller engines... 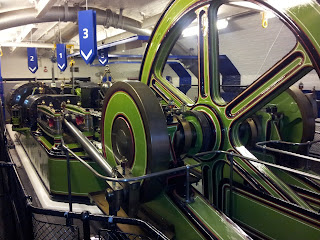 Otherwise watch this space...
Posted by Fangor42 at 9:45 PM No comments:

Once upon a time, there was a giant who was fond of strolling the shore of his island each morning as the sun rose. One morning as he strolled he wondered how long his stroll was and asked his fairy godmother how far it was around his island. His fairy godmother gave him a magic, kilometer-long measuring stick and told him to measure it himself.

Because the sticks were magic, they were ultimately precise and his measurements ultimately accurate; no errors or tolerances to worry about. However the giant found he recorded a longer distance as the sticks got shorter.

Being of a philosophical bent, the giant sat on a large boulder and thought about why. The creatures of the giant's island went about their lifes, tides waxed and waned, the sun sped its daily course across the heavens, seasons came and went, tectonic plates drifted about the planet like the skin on hot milk and the giant's ponderous ponderings finally came to a conclusion.

He decided that each stick, although magic, did not measure the distance absolutely, rather they averaged out the "wiggliness"of his island's coastline at its (the stick's) particular scale. So the giant's first stick ignored any coastal feature less the a kilometer in dimension and similarly for the other two measurements at their dimension.

The giant decided if he wanted to absolutely know how far he walked he would have to ask his fairy godmother to make his coastline conform to a formula from which the distance could be calculated. He also thought that it would be interesting for his island to have a coastline that was so "wiggly" that it would occupy all space but still have its present finite area.

However, deciding he liked his island just as it was, he returned the measuring sticks to his fairy godmother, thanked her for an excellent think, and wandered off down the tideline as the fairy godmother followed his meanderings with a gentle smile.
Posted by Fangor42 at 9:22 AM No comments:

Say you have a population of frogs in a pond. The number of adult frogs is governed by available froggy food, froggy predators, froggy diseases etc and also governs the size of the new generation of frogs. And these same constraints decide the number of adult frogs in the next generation at reproduction time. So you have a recursive system; the outcome of the previous generation sets the starting condition of the next. I hope you can see that such a system if you track its progress through a host of recursions is sensitive to the condition of the previous incarnation; its initial conditions.

This is the basic concept behind Chaos Theory ie does the flap of a butterfly’s wings in Brazil set off a tornado in Texas or sensitive dependence on initial conditions.

One of the implications of Chaos Theory is that the systems exhibiting this dependency are sensitive to impulses but after a period of instability as a result of such impulses they standardly find a new point of stability. Like a spinning top on a dimpled surface; a jog will move it from its orginal dimple and make it wobble but with enough spin it will eventually settle in a new dimple.

There are biology theorists that are using this characteristic to look at evolution afresh. They suggest that it is valid to look at genetics as one of these systems. A jog from a population’s environment will cause genes to move from a stable morphology, have a wobble-experiment with a bunch of different forms and finally settle to a new solution for survival (with the inference that the jog influences the system towards a successful but still unpredictable result). These theorists explain the potential biological forms available from a genetic set as a convoluted surface of stable dips and valleys (not necessarily three dimensions though ~evil grin~).

Apparently this concept does explain some of the more difficult problems with previous theories of evolution with regard to the mechanism of mutation and species differentiation.

Maybe there was or will be just such a jog to make humanity to think and act globally...no, not globalisation. >:{(}
Posted by Fangor42 at 9:51 AM No comments: